One must know the significance of Ganesh Chaturthi as he/she celebrate it. Ganesh chaturthi significance and meaning must be learned to be able to fully achieve the benefits of the celebrating the festival.  Ganesha Chaturthi is considered the most endearing of all Hindu deities. Worshiping him is an important part of one’s daily puja, and His birthday is a grand celebration welcomed with much devotion and delight. 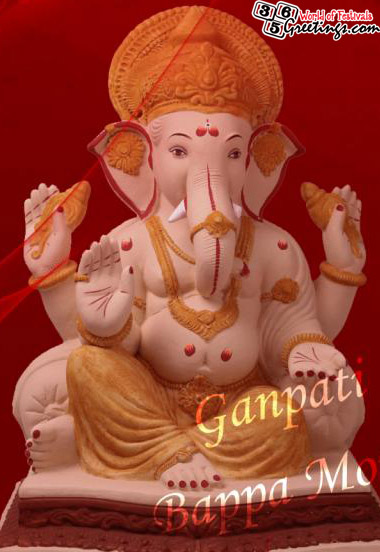 Meaning of the name: ‘Ganesha’

The birth or existence of Ganesha is illustrated in many legends, yet there is one legend which is widely accepted among believers. This legend states that Parvati formed Ganesha using the material of Her own body. While she took a bath, she commissioned Him to take guard. When he refused Lord Shiva entry to the place, Lord Shiva sent His Ganas or demigods to punish Ganesha. However, because Ganesha was created from Mother Sahkti, the Ganas were defeated. Lord Shiva Himself then engaged Ganesha in a battle, which resulted in the beheading of Ganesha.

Because of the anger of the Mother, Lord Shiva ordered His Ganas to produce a head of anything they saw first. As they proceeded westward, they came across an elephant and its head was secured onto Ganesha’s body. After it was mounted, He declared Ganesha as the leader of His troops, and from then on, Ganesha would become the deity which would be worshiped at the start of all religious activities in order to attract good blessings.

Ganesha Chaturthi is an occasion celebrated across the country by all people alike. There are many activities in this celebration. Lord Ganesha is evoked in a Kalash, a metal pot often used in Hindu rites, or His statue is placed in the house. According to how one wishes to worship Him, Pooja is celebrated with Homas, Vedic mantras, and archana, combined with offerings of His favorite sweets, Modhak, or puffed rice. Some people choose to celebrate for a few days while others continue to worship until the end of a week. On the last day, a common practice is to dissolve a clay Ganesha statue in any body of water or a body of water mixed with water from the Kalash.

Like all Indian festivals, Ganesha Chaturthi is held not only for the festivities but also for the spiritual essence and knowledge it provides among people who observe this religious tradition. His existence (the essence of Advaita Vedanta) and his creation from Parvati (the divine essence) are reminders that all people are bound to one another by a essence or spirit regardless of physical differences.

In the case of Ganesha, His presence is present when we identify ourselves with Him, and that we are not separate from Him. It is this formless spirit that destroys the differences of people. Therefore, the celebration of Ganesha Chaturthi seeks to remind us that physical worship is not separate from what they call our “formless reality”. This is symbolized with the practice of dissolving His statue on the last day of worship, which shows that there is a reality even after the physical form is gone.

Furthermore, although we recognize that physical forms of worship have value, it is important to attain the knowledge of a reality beyond the physical realm, and this ultimately brings about a realization of one’s self.