Ganesh Chaturthi is a wonderful religious festival that celebrates the birth of the Hindu Lord Ganesha. His birth is honored throughout the sub-continent of India but the most grandiose and extravagant festivities occur at Maharashtra. Ganesh Chaturthi celebration is also renowned for its cultural events as it fosters camaraderie within the communities; giving the Hindus a sense that Hinduism is not just a religion but one big family they all belong in. The end of festivities is marked by the immersion of the idol of Lord Ganesha into a body of water.

Chanting Ganapti Bappa Morya, thousands of devotees would march the idol to the nearest, lake, river, sea or ocean. The celebration of Ganesh Chaturthi is most revered in the states of Karnataka, Rajasthan, Maharashtra and Gujarat. 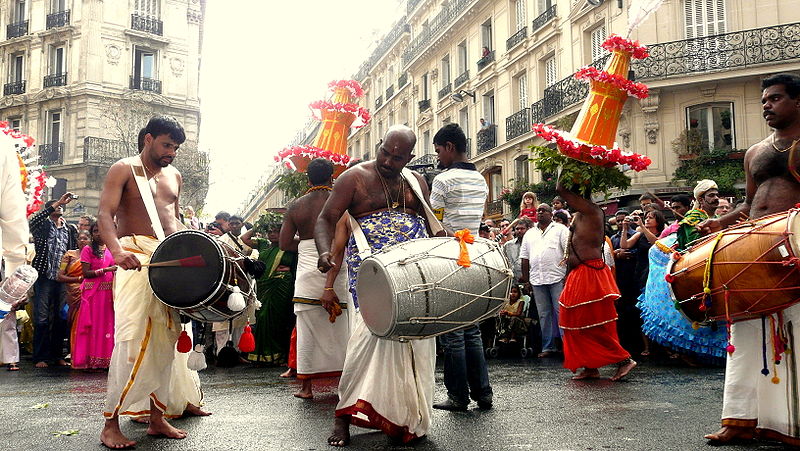 In Maharashtra, Ganesh Chaturthi is celebrated vehemently by nearly every household for the ten day duration of the celebration. The festival is celebrated in both the household and community levels with gaiety and grandeur, wherein massive pandals are constructed as a provisional temple for the worship of Lord Ganesha. . At the onset of the celebration, an idol of Ganesha is installed within the household, wherein families along with their relatives, friends and even neighbors come to have darshan of the deity. (Darshan is the auspicious viewing or beholding of a revered person or sacred idol). As mentioned, the end of the festival is marked by the immersion of the idol in a sacred body of water by his devotees.

Ganesh Chaturti, or Vinayaka Chaturthi as it is called in Karnataka, is a very popular religious festival in the region that calls devotees to offer prayers to Maha Gauri, the mother of Lord Ganesh. The celebrations of Ganesh Chaturthi are held in the different temples of Lord Ganesh. Housewives and matrons travel to these temples to ask for the blessing of a long lasting married life from the deity.

In the largely Hindu state of Gujarat, specifically in its capital city of Ahmedabad, Ganesh Chaturthi is celebrated with religious vehemence and grand flourish. Devotees make grand offerings to numerous temple of Lord Ganesha, wherein the Ganeshji is decorated with plenty of ornaments and trinkets while illuminated with magnificent lighting fixtures. Lord Ganesh is worshipped throughout the ten day duration of the festival and on the tenth day, known as Chaturthi, the idols of Lord Ganesh are immersed in the Kankaria Lake and Sabarmati River. The idol immersion, properly known as Ganesh Visjaran, is preceded by a grand procession of devotees carrying the idols and chanting holy mantras while accompanied by beating drums and exploding firecrackers.

Ganesh Chaturthi celebration for devotees in the state of Rajasthan is quite peculiar, as they bathe the idols of Lord Ganesh in red kumkum (a powder used for religious markings made from either saffron or turmeric) and adorn them with a red garland of red flowers. These idols are placed outside the entrance with a small offering of food, called a thaal, haldi and kumkum. The latter are installed for household visitors who will then proceed to wipe their foreheads and throats with the powders. Small rounded flour sweets, called Ladoos are offered to Ganeshji and afterwards are given to devotees as prasad.