Ganesh Chaturthi 2012 is a grand Hindu religious festival that honors the birth of the Hindu God of Good fortune and prosperity – Lord Ganesha. The Ganesh Chaturthi 2012 festival, also known as Vinayaka Chaturthi and Vinayaka Chaviti, is celebrated during the Hindu lunar month of Bhadra which starts in the middle of August and ends mid-September.  On 2012, Ganesh Chaturthi will be on September 19th. The most lavish and grand celebration occurs in the western Indian state of Maharashtra, wherein the festivities last for ten days. The tenth day is known as Ananta Chaturdashi. 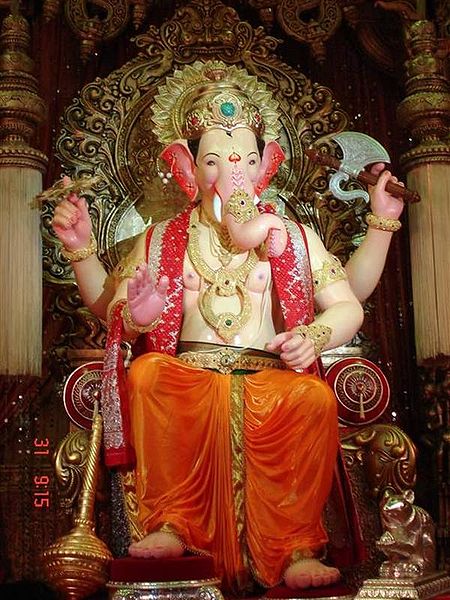 The crafting of life-like clay idols used in the worship of Lord Ganesha during the festival of Ganesh Chaturthi 2012 requires two to three months of grueling work. The sizes of these idols vary, from as small as ¾ of an inch to as gigantic as 25 feet.

At the onset of the Ganesh Chaturthi festival, these idols are placed on elevated platforms within the household or in grandiose community pandals for people to worship and pay homage to. In a ritual called the pranapratishhtha, priests dressed in red silk dhotis, chant their mantras to beseech Lord Ganesh to grant life to the idols. This ritual is then followed by the shhodoshopachara, which is offering 16 tributes to the idols. Different Ganesh Chaturthi foods are offered to the idols, among them are, 21 modakas (rice flour delicacy), Jaggery (whole cane sugar), 21 durva (trefoil) blades, assorted red flowers, and coconuts. The priests then anoint the idols with raktachandan, a native sandal or unguent paste. Throughout these rituals devotees continue to chant Ganapati Atharva Shirsha Upanishad, Vedic hymns from the Rig Veda, and Ganeshastotra from the Narada Purana.

Throughout the duration of the festival the whole Hindu community is drawn to grand pandals that serve as transient temples to the God of prosperity – Lord Ganesha. At the same time the pandals also becomes a locale for blood donations, medical checkups, charity fundraisers, theatrical performances, movie house, and praise songs.

From the first day of the festival, Bhadrapad Shudh Chaturthi, to its end, Ananta Chaturdashi, Lord Ganesha is worshipped. On the 11th day the idol of the God is paraded through the streets in a grand procession filled with singing, dancing, and utmost merriment, as they deliver him to the nearest body of water. This ritual of immersing the idol in water is the Hindu way of sending off Lord Ganesha to his haven, Kailash where he will take all the misfortunes and bad luck of all mankind with him. Throughout the procession, devotees chant “Ganapathi BappaMorya, Puchya Varshi Laukariya, which roughly translates as “Oh father Ganesha, come early again next year”. With a final offering of flowers, camphor, and coconuts, the devotees immerse the idol in the waters and bid farewell. 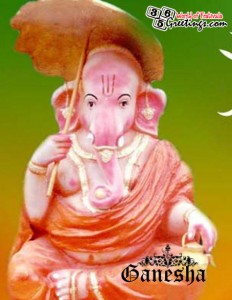 On the days of Ganesh Chaturthi 2012, begin the morning by meditating on the legends associated with Lord Ganesha, specifically in the Brahmamuhurta period. After cleansing yourself, travel to the nearest temple and recite prayers of Lord Ganesha. Make an offering of sweet pudding and coconuts. Pray arduously and with great fervor so that He may take pity on you and remove all the obstructions you may come across with on the path to spiritual enlightenment. Worship should also continue when you are at home, ask for assistance from a pundit so you place an image of Lord Ganesha at home. Feel his sacred presence emanate from it.

One important reminder is to not set your eyes on the moon throughout the festival for it disrespected Lord Ganesha and bad luck will come of it. This should not be taken literally, as a good interpretation of this is to avoid the company of heathens and unbelievers who insult God, your masters and faith.

Attain new spiritual determination and offer prayers to Lord Ganesha for fortitude so that you may succeed in all your endeavors.

“May Sri Ganesha grant his benediction upon all his faithful! May he do away with all the obstruction that lay before your spiritual passage! May he grant you with ever-flowing material prosperity and freedom!”